Exercise Tutorial: How to do the Straight Arm Pulldown Exercise 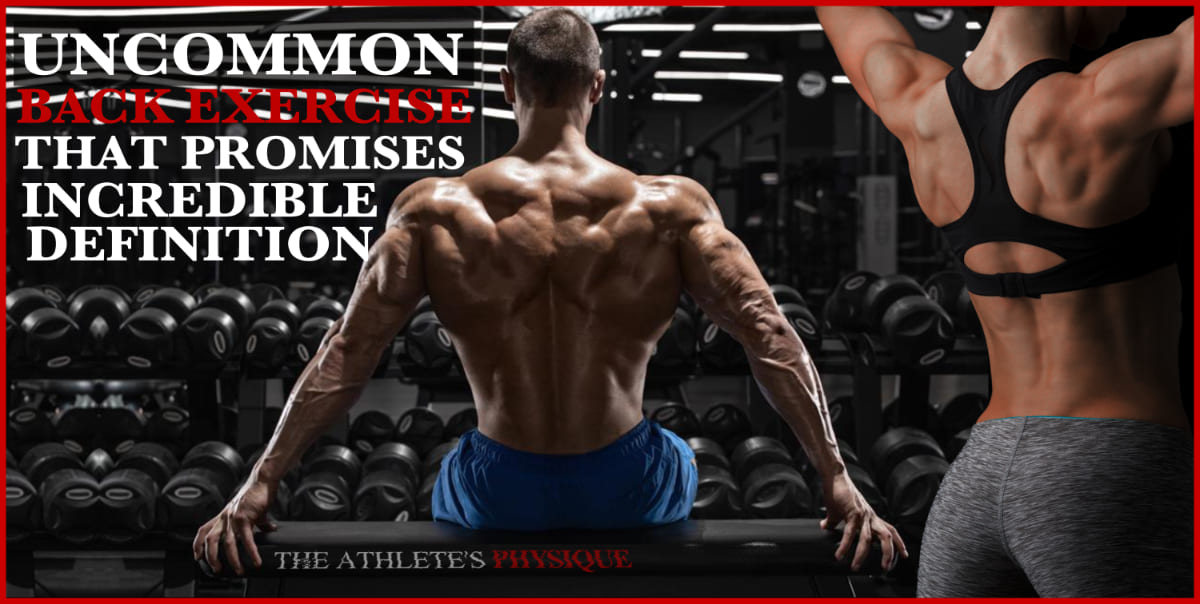 The Straight Arm Pulldown, AKA Lat Sweep, isn’t seen all that often. Too bad because it’s a killer isolation exercise for the muscles of your back.

The Straight Arm Pulldown develops back definition and help give you a narrow looking waist.

The large muscle that spans the entire width of your back giving you that “V-taper.”

This is the exercise.

What makes the Straight Arm Pull Down different from other back exercises is the ease at creating the mind muscle connection.

Unlike other back exercises, the Lat Sweeps removes your biceps from the equation. The majority of pulling exercises involve the biceps. Think rows and pulls. So many people don’t feel them in their back. Grip and biceps tend to dominate the lift.

The Lat Sweep is similar in form and function to the dumbbell pullover exercise. Both eliminate the assistance of the biceps. And both use shoulder extension to train the back. But with the Lat Sweep you get more consistent tension.

The difference between the straight arm pull down (lat sweep) and the barbell or dumbbell pullover is due to the the motion and the orientation of the involved forces.

In both exercises you’re making an arching motion. With the pullover the weight of the dumbbell is always pulling straight down. So as your arms approach vertical the movement becomes easier as the horizontal distance between the weight and shoulder decreases.

However, with he Straight Arm Pulldown the pulleys you’re always moving the weight in a straight vertical line.

Training the lats by utilizing shoulder extension removes eliminates the involvement of the biceps in the movement. When you internally rotate your shoulders by using a pronated (palms-down) grip on the bar, shoulder extension is stronger and more effective.

Remember, you want to feel the back muscles working. Play around with torso angle and grip with. Don’t rush through the exercise to get through it. You need to feel it.

How to set up for the Straight-Arm Pulldown.

Now that you’re in a good starting position, here’s how to do it.

How to do the Straight Arm Pulldown​

The Straight Arm Pulldown In Action

Watch the video below to see how the Lat Sweep looks in motion. 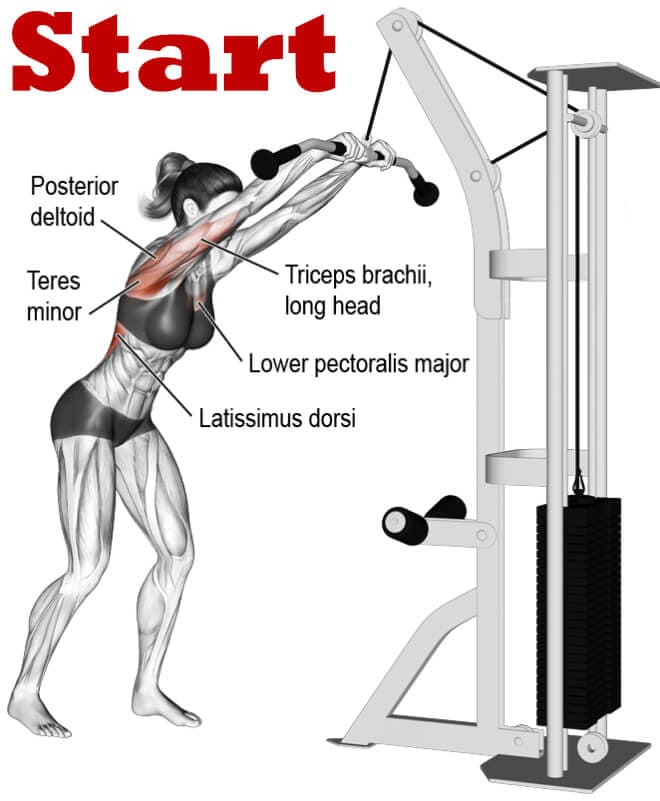 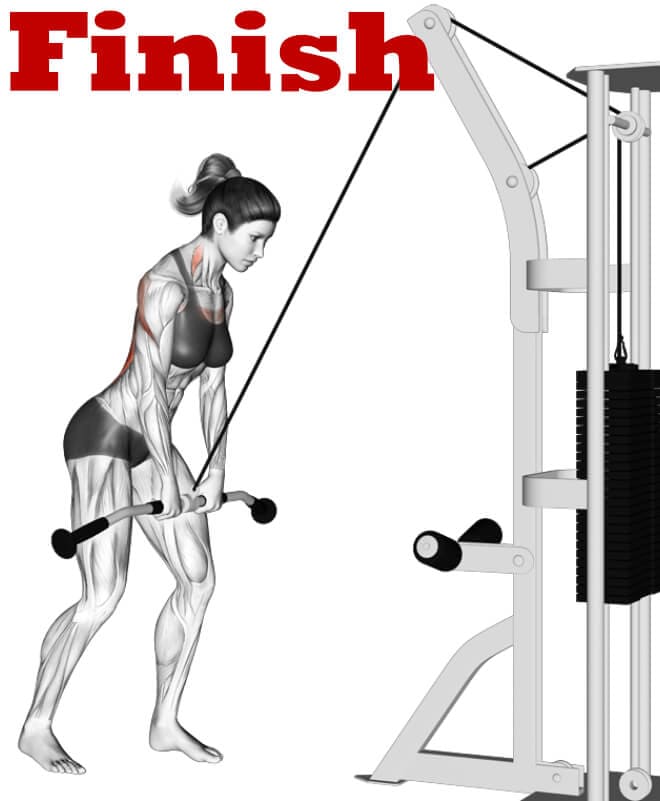 Triceps in the Straight Arm Pulldown

You’ve eliminated the biceps, but now the triceps want to help out.
To reduce the triceps’ input, focus on the lats and maintain a light bend in the elbows and don’t let their angle change thought the movement. Using a lighter weight also helps.

Muscles Worked in the Straight-Arm Pulldown

This isolation movement targets the back.

The primary muscles used include:

As mentioned above, the triceps also play a role. But, unlike the back muscles, the triceps work work isometrically to keep your arms straight. This makes them a stabilizer.

Because the straight-arm pulldown requires a ridged torso, your abs get some work too. Because they too are stabilizer muscles.

For variation here are a few changes to play with.

Like all exercises, the Lat Sweep goes by a many different names. Some of the more common variants you may hear:

Look like an athlete without giving up your favorite foods or living in the gym.